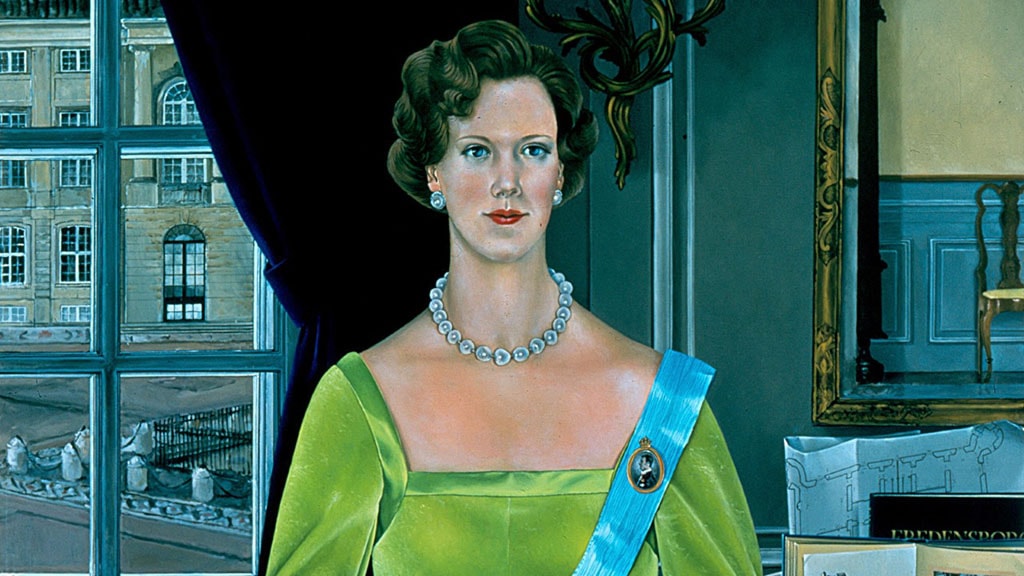 H. M. Queen Margrethe turned 80 on 16 April 2020. The Corona crisis put an end to all official celebrations, including the planned inauguration of the special exhibition The Faces of the Queen at Frederiksborg National History Museum on 3 April.

However, the exhibition will open now! From the 17 June until 31 December 2020, you can experience the large-scaled unique display in the Knights Hall at Frederiksborg Castle. You will learn about the Queen's upbringing, her role as Head of State, and her special artistic interests and skills.

Celebrating the Queen with a special exhibition

Frederiksborg Castle is Denmark’s Museum of National History. Therefore, it makes perfect sense to celebrate Queen Margrethe’s 80th birthday with a big special exhibition in the Great Hall of the castle. The exhibition is open from 17 June - 31 December 2020.

The exhibition illustrates the family background of the Queen and her upbringing. An upbringing that changed dramatically for the young princess due to an amendment of the Danish Constitutional Act in 1953 rendering it possible to have a female heir to the Throne. Thus, the future looked somewhat different and focus was on gradually preparing her to become Denmark’s Queen and non-political Head of State one day.

The life’s work of beloved regent

The long reign of the Queen and her role as a rallying figure in the Realm are illustrated in the exhibition. The exhibition features, among other things, an array of portraits from over eight centuries, complemented by costumes, items and films.

A new portrait of the Queen for the Museum

In the event of the Queen’s 80th birthday, a new portrait has been painted for the Museum of National History which will be revealed and displayed as part of the exhibition.

The Queen as an artist

The exhibition will also include a special section focusing on the Queen’s great interest in visual, textile and performing arts where her own creative contributions will be displayed as well.