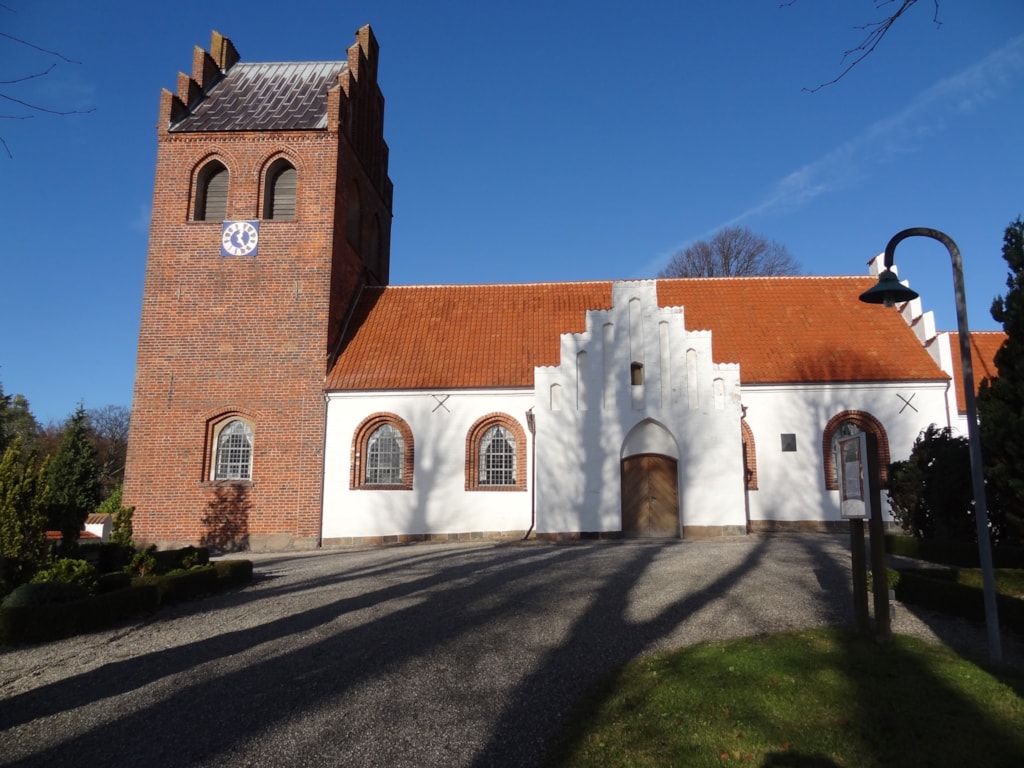 The oldest parts of Helsinge Church its nave and chancel were built approximately 800 years ago in the Romanesque style. The nave was extended and the tower built in about 1450 using large medieval bricks. The church has been altered and renovated many times over the years. On display in the church is the first Danish translation of the Bible 1550, by the Bible translator and editor of Saxon texts Christiern Pedersen. The great language reformer died in 1554 in Helsinge, where he lived for ten years. The lovely commemorative wall in Gadekæranlægget in Helsinge was built in 1956 in Christiern Pedersen's memory.