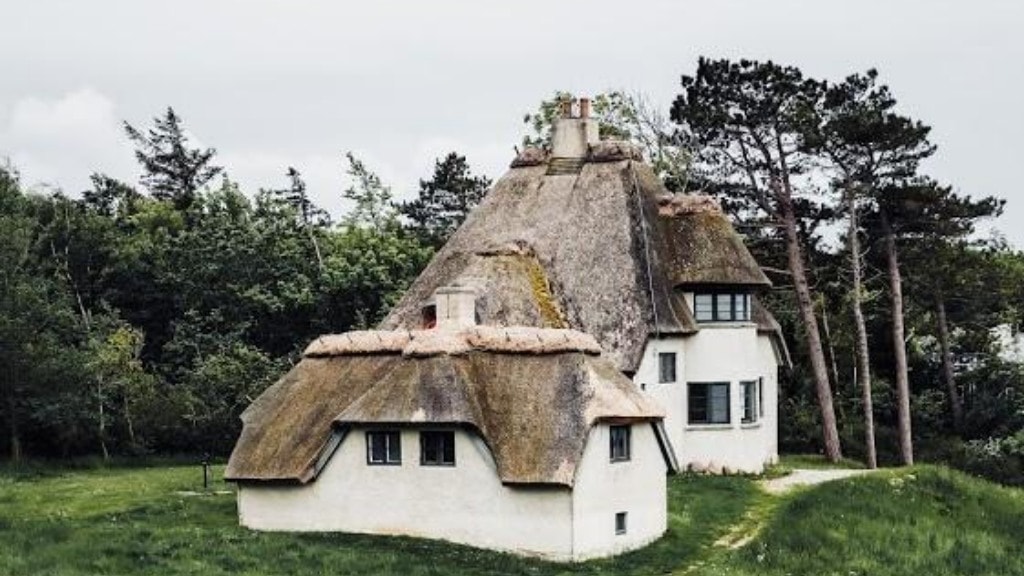 Knud Rasmussen’s House is located close to the beautiful Spodsbjerg Lighthouse and with a fantastic view over the Kattegat Here, the great polar explorer worked in between his many and long expeditions in Greenland.

In the beautiful area by Skansen in Hundested, just a little north of Hundested Harbour, you find the iconic house where Knud Rasmussen worked in between his many Greenland expeditions.

The house is Hundested’s greatest attraction and today it is a museum remembering the famous polar explorer.
The polar explorer’s workhouse in cottage style was built in 1917 and is designed by Architect Helge Bojsen-Møller.

The most beautiful view
The house is located on a large uncultivated site with a view over the Kattegat in the northern outskirts of Hundested, close to Spodsbjerg Lighthouse.  In clear weather you can see all the way to the Danish island Hesselø which is approx. 26km away.

In other words, there are many reasons why you should take a walk in the magnificent landscape and visit the unusual and evocative workhouse.
Let the children go exploring in the polar explorer’s different and exciting house. The large, open nature area around the house and the impressive cairn invite to play and for you to enjoy the fantastic nature.

Close to
Hundested Harbour & town where you find art and culture experiences and are only a short stroll away. Here, you can go exploring art, culture and the maritime characteristics. You could for instance experience Hundested Sand Sculpture Festival with the impressive sand castles or visit the Glass Smithy to see how to blow the most beautiful glass vases and lamps and satisfy your hunger at one of Hundested’s many cafés and restaurants.

The memorial cairn
At the site, you also find an impressive cairn in memory of Knud Rasmussen made of stones from different localities in Greenland. The house has functioned as a memorial house and museum since 1939 where it was handed over to the public by Knud Rasmussen's widow, Dagmar. In 2011, the house was ravaged by a fire. Fortunately, the house as well as the furniture were saved, however, the house had to be restored.

The accident gave rise to a thorough examination of the house where the condition of the floors, the colours on the walls and the exhibits’ connection to the house were checked. The result was amazing and resulted in big changes to the house the purpose of which was to bring the house and its interior as close to the original version as possible at the time when Knud Rasmussen lived and worked there until his death in 1933. The secretary’s room on the first floor is furnished as a study where the visitors can dig into Knud Rasmussen’s own texts as well as a selection of the literature written about him.

Admission
Please note that the admission fee for entering Knud Rasmussen’s House is DKK 60.00. (free admission for children and young people under 18 years). In return, the ticket also gives access to Krudtværksmuseet (the Powder Mill Museum) in Frederiksværk in June, July and August and in the children’s autumn holiday. The ticket will be valid for a week.

Knud Rasmussen’s House will open at Easter time and will be open until and including the children’s autumn holiday in week 42. Tuesday-Sunday, 11:00 a.m. - 4:00 p.m., Wednesday the house is also open in the evening until 8:00 p.m.